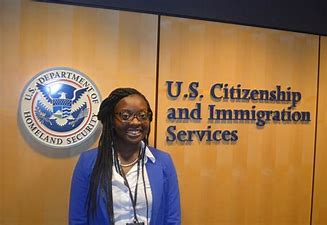 U.S. Citizenship and Immigration Services (USCIS) unveiled a new mission statement this week, signaling an important shift in how the agency wants to tell its story and shape its priorities ahead.

“USCIS upholds America’s promise as a nation of welcome and possibility with fairness, integrity, and respect for all we serve.”

It is understandable that a mission statement rework may not feel satisfying to those who have suffered under unimaginable backlogs and questionable customer service for years. But if you think about the dominant narratives shaping the immigration agency’s work over the past twenty years, it is incredibly important. When you look back, it becomes clear how the agency got here.

When the Department of Homeland Security (DHS) was founded after 9/11, the U.S. government placed 22 of its agencies under the DHS umbrella. These agencies, including what is now USCIS, became responsible for protecting Americans and securing the homeland. With the birth of DHS came a new mandate and a new narrative for the agencies under its direction.

Overall, this “protection and security” narrative has translated into the U.S. government treating nearly every foreign-born person entering the United States as a potential threat.

Legacy Immigration and Naturalization Service (INS), part of which became USCIS —an immigration benefits processing agency—was folded into DHS’ law-enforcement regime. Little surprise that since then, the “protection and security” narrative of DHS began seeping in to USCIS mission statements and policies. The agency became more focused on enforcement and “extreme vetting” than processing benefits, ensuring a good customer service experience, and working to make the United States a more welcoming place for aspiring Americans.

This has resulted in aggressive bureaucratic barriers that have hindered even regular flows of migration.

It’s clear that narrative shifts and mission statements have consequences and can spur action.

To have one of the key immigration agencies of DHS announce that it is advancing a welcoming narrative to ensure that those who seek immigration benefits are treated with fairness, integrity, and respect is a massive shift.

To be sure, it will not result in a quick elimination of long wait times and backlogs. But beginning to recast the agency’s vision and the expectations of how it treats its customers is an incredibly important starting point. If the agency can maintain its focus on this mission, we could see major shifts in their policies and practices ahead.

It has always been true that words matter, and that ideas and actions flow from them. This has proven true repeatedly.

We also now have a mission statement from USCIS that can be used to measure its progress up against.

This is a win and a crucial step forward.

Veterinarians, teachers, and students are stepping up to form America’s volunteer...

A terrible disease, children at risk, and a promising treatment that’s...