Roce Today – Politics, Opinions, Gun Rights,Pro-Life and Border Wall
Home Politics Why You Should No Longer Buy Firearms or Ammo with a Card 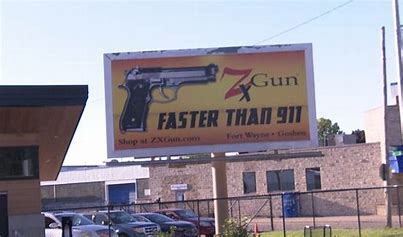 Whether bought with a debit or credit card, purchases are processed through payment networks that are now set to label firearms and ammunition purchases with a special category code that will make it easy to identify those that buy them.

ISO, the International Standards Organization, sets rules across the financial services industry and, on Friday, agreed to create a new and separate code for gun and ammunition retailers.

Merchant category codes are made up of four digits and are used across all sorts of industries as a means to classify retailers, while not revealing individual product purchases. Credit card companies currently lump firearm retailers in with other outlets, classifying them as either “5999: Miscellaneous retail stores” or “5941: Sporting Goods Stores.”

With a new code for firearms merchants, potentially suspicious purchasing patterns could be flagged to law enforcement…

While the code won’t indicate exactly what was purchased, it will create a history that can be sent to local, state, and federal law enforcement. And it will be financial institutions that will decide what constitutes “suspicious” activity.

Amalgamated Bank led the effort to have a specific code for gun retailers and, in fact, had to go to the ISO two times to get the idea accepted.

“The new code will allow us to fully comply with our duty to report suspicious activity and illegal gun sales to authorities without blocking or impeding legal gun sales,” said Priscilla Sims Brown, President and CEO of Amalgamated Bank. “This action answers the call of millions of Americans who want safety from gun violence and we are proud to have led the broad coalition of advocates, shareholders, and elected officials that achieved this historic outcome.”

But, adding the new code is not without problems. Amalgamated was initially rejected in February with ISO stating that a new code for gun retailers would not capture sales at sporting goods stores and would unnecessarily burden smaller shops.

Visa sent a letter to congressional Democrats saying, “We believe that asking payment networks to serve as a moral authority by deciding which legal goods can or cannot be purchased sets a dangerous precedent.”

Visa’s concerns are valid. Today, banks like Amalgamated may just report your frequent ammo purchases to the FBI or local authorities, but in the future, they may just deny the purchase as a suspected fraudulent charge and report you to law enforcement.

So to avoid getting labeled a domestic terrorist because you’re a competitive shooter who buys lots of ammo, buy your stuff through a sporting goods retailer if you must use a card or, just use cash.