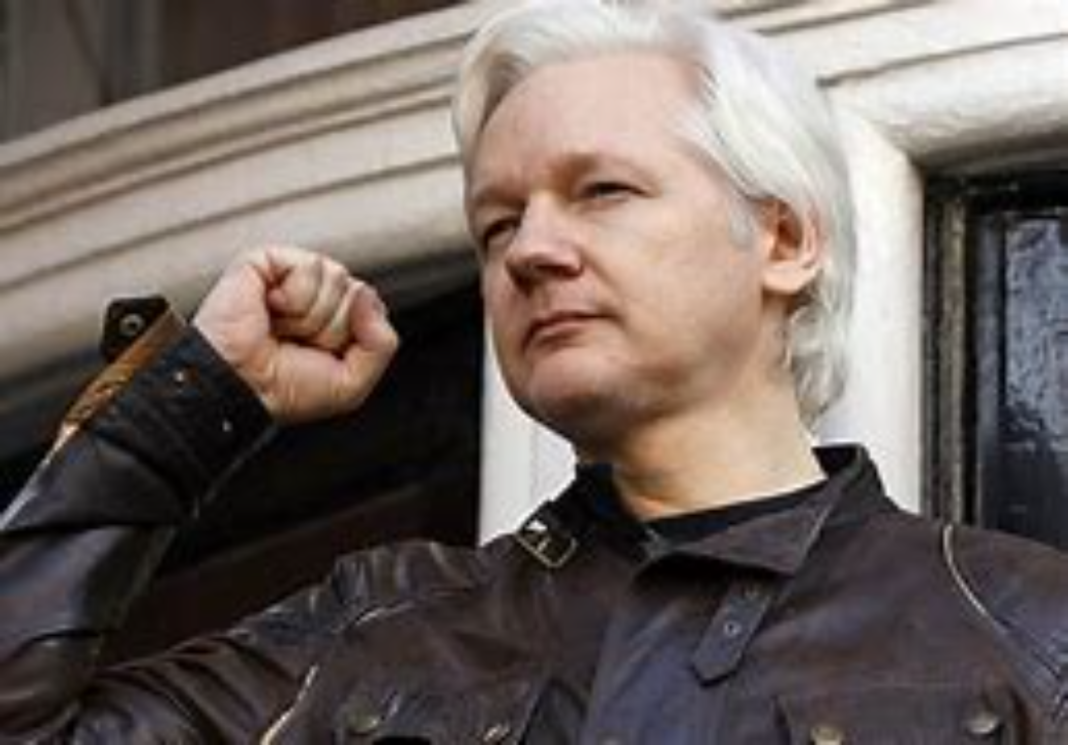 The US government has won its High Court bid to extradite Julian Assange.

On Friday, a court in the United Kingdom ruled that Wikileaks founder Julian Assange can be sent to the United States to face trial.

Last year, a US grand jury indicted Assange on 18 charges, 17 of which fall under the Espionage Act.

Assange, the infamous whistleblower who founded WikiLeaks, is wanted in America over an alleged conspiracy to obtain and disclose national defense information following the outlet’s public disclosure of hundreds of thousands of leaked documents relating to the Afghanistan and Iraq wars, including Hillary’s notorious emails.

After the charges were filed, UK Judge Vanessa Baraitser denied the extradition request by the US government, citing how she did not believe that Assange would be prevented from committing suicide in the US prison system.

After all, Hillary was one of the main people he crossed – just look at what happened to Jeffery Epstein.

“Facing conditions of mere total isolation, and without the protective factors which mitigate his risks at HMP Belmarsh, I am satisfied that the US procedures would not prevent Mr. Assange from committing suicide.

“For those reasons, I’ve decided that extradition would be oppressive by reason of Mr. Assange’s mental health and I order his discharge under section 91 of the extradition act 2003.”

Despite the repeated concern for Assange’s wellbeing, the British High Court in London struck down Baraitser’s ruling, providing little to no reasoning for the change, other than saying the US has assured that he will not be locked up in a ‘hell-hole supermax prison.’

Following a two-day hearing in October, Lord Chief Justice Burnett, sitting with Lord Justice Holroyde, granted the request of the US on Friday.

“There is no reason why this court should not accept the assurances [of Biden’s Justice Depatrment] as meaning what they say.

There is no basis for assuming that the USA has not given the assurances in good faith.”

With Biden in office, there is no basis for assuming anything approaching ‘good faith.’

Assange’s supporters and advocates, including his fiancé Stella Moris, are shocked and outraged over the court ruling and have said they will continue the fight for justice on behalf of the heroic whistleblower.

Outside the courtroom and after the decision was made, Morris called the ruling a “grave miscarriage of justice.”

Every generation has an epic fight to fight and this is ours, because Julian represents the fundamentals of what it means to live in a free society.”

The DOJ has claimed that Assange’s sentence would most likely be between four to six years, even though his lawyers say that Assange could face as much as 175 years behind bars if the US is able to prosecute him.

Although the ruling was a devastating blow to Assange, there is still one last hurdle for the US to clear in order to extradite him. The case will now be sent to the Home Secretary of the United Kingdom – Priti Patel – who will make the final decision on Assange’s extradition.

Assange is also expected to appeal Friday’s ruling, which could prolong the process even further.