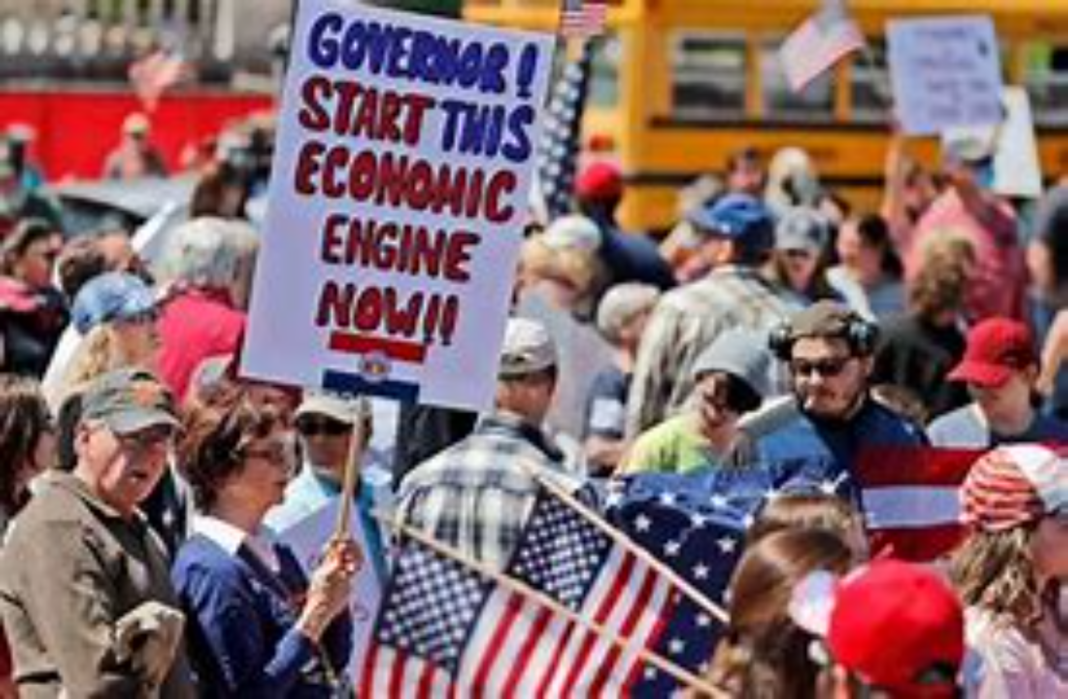 When he’s right, he’s right. If we keep restrictions in place until COVID’s gone, we’ll never lift them. We should be aiming for some “manageable” threshold of illnesses and deaths — maybe using the flu as a benchmark.

Although let it be noted that, as well as America is doing right now with the pandemic, we still haven’t driven deaths down to the point where COVID is comparable to the flu. The worst flu season of the past decade produced some 61,000 fatalities. At the moment the U.S. is seeing around 300 deaths per day from SARS-CoV-2. That’s 109,000 per year if we plateau at that number.

But there’s no reason to believe we’ll plateau, is there? Vaccine immunity and natural immunity may be increasing at a slower rate than earlier this year but they’re still increasing. At some point, barring a killer new variant, an overwhelming majority of the population will be immune.

This subject is on Boris Johnson’s mind because the UK was supposed to completely reopen on June 21. The surge of cases caused by the B.1.617 “Delta” variant put those plans on ice, though. Johnson and his team decided to move the grand reopening to July 19 instead out of an abundance of caution. Since then cases have only continued to rise in Britain, leading to speculation that the reopening might not happen on July 19 either. That’s a tough spot for the prime minister — either he disappoints the country by postponing “Freedom Day” again or he plows ahead and risks blame for any massive surge of infections that results.

He’s looking at the data and has decided: It’s time.

Mr Johnson today hosted a Cabinet meeting, which “agreed that once we have completed the roadmap we will be able to live with Covid in the future, even if cases continue to rise, thanks to the protection provided by the vaccines.”…

He told reporters: “In terms of living with Covid, like I say, we believe that because of the success of our vaccination programme and because of the other mitigations we have in place such as our testing capacity, we will be able to live with this disease as we do with flu…

Why is Johnson willing to risk reopening when cases are now the highest they’ve been since January 31, during Britain’s awful winter wave?

Because: Deaths are still at rock bottom. In fact, deaths in the UK right now are down 98.5 percent since January 31.

Deaths will probably rise in the next few weeks. Some people in the UK who have just tested positive will unfortunately pass away from their infections, but it’s usually 21 days or more until that happens. We’ll have a better sense in mid-July of how bad Britain’s new wave might get. It’s worth noting, though, that right now the country is averaging just 17 deaths daily; even if that number were to rise to 50 and hold at that level for an entire year, the 18,250 deaths that would result would still be less than the UK saw from the flu in 2017-18, when England alone recorded 22,000 deaths. That’s what Johnson means by learning to live with the virus.

He’s looking at other encouraging numbers too, not just deaths:

This is the age distribution of the cases in scotland. pic.twitter.com/vefSE0ymsg

Not only is the UK experiencing a “casedemic” at the moment, it’s a casedemic that’s circulating largely among the youngest and healthiest part of the population, the people most likely to shake off their infections without need of serious medical help. There’s no mystery why either. The UK has done an excellent job at vaccinating its people (84 percent have received at least one dose and 62 percent are fully vaccinated) and a phenomenal job at vaccinating older people in particular. Among senior citizens, vaccination rates exceed 90 percent. In January the UK topped out at 39,000 hospitalizations for COVID, as the elderly population there was still largely unvaccinated. Today, however…

They’re at 1,585 hospitalizations, a decline of 96 percent. That’s what containment of the virus looks like. If the pandemic has entered its “casedemic” phase in the UK and here, with lots of young people getting infected and hardly anyone getting very sick, that’s an outcome both countries should be able to live with.

I’ll leave you with Johnson discussing the outlook for reopening yesterday.