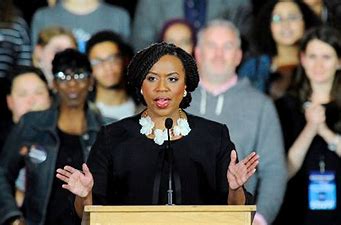 Even out in the middle of the Atlantic, where internet access is slow and hard to come by, the two bombshell New York Times articles that tacitly declare that It’s Over for Joe Biden managed to get through.

Let me say, first, that Power Line was here first. Nought but two weeks ago I laid out the “three-part pincer movement” that Democrats were ramping up to force Biden out of running for re-election in 2024. It only took days for that project to accelerate into high gear.

If he mounts another campaign in 2024, Mr. Biden would be asking the country to elect a leader who would be 86 at the end of his tenure, testing the outer boundaries of age and the presidency. Polls show many Americans consider Mr. Biden too old, and some Democratic strategists do not think he should run again. . .

Mr. Biden’s public appearances have fueled that perception. His speeches can be flat and listless. He sometimes loses his train of thought, has trouble summoning names or appears momentarily confused. More than once, he has promoted Vice President Kamala Harris, calling her “President Harris.” Mr. Biden, who overcame a childhood stutter, stumbles over words like “kleptocracy.” He has said Iranian when he meant Ukrainian and several times called Senator Mark Warner, Democrat of Virginia, “John,” confusing him with the late Republican senator of that name from Virginia.

This is all true, but hardly counts as news. This is a typical example of “ventriloquist journalism,” in which the news outlet most influential among Democrats has given the green light for prominent Democrats to begin putting together serious presidential campaigns for 2024, for the hour is already late as these things go, and the Democratic presidential bench looks pretty thin. Expect much more of these kind of “news” stories.

Next, the Times ran a poll—again, a contrived “news” story—it conducted with Sienna College that finds Biden in free fall with voters, including Democratic voters, 64 percent of whom said they did not want Biden to run again in 2024. It pegged Biden’s job-approval rating at 33 percent, which is close to Nixon circa August 1974 territory, or George W. Bush in his final months in office as the economy collapsed around him.

So having called it on the rollout of the Democrat plan to force Biden out, I’ll now move the goalposts, and suggest that this effort is gaining intensity so fast that the question now is whether Biden will be forced from office before this November’s election.

Now I know what you’re thinking, as the great Thomas Magnum used to say: the idea of Kamala Harris as president is preposterous. And you’re quite correct to think so. But may I gently suggest that very few Power Line readers come in proximity to the progressive bubble. About a fortnight back I happened to run into one of the more serious progressive DC-based policy wonks of my long acquaintance, someone whose work on energy is at least rooted in reality rather than unicorn dreams and other green nonsense. He told Robert Bryce and me that not only was it certain that Kamala Harris would be our next president, but that she’d be elected in a landslide because she is so awesome and popular. I suggested he give up his new habit of quaffing LSD-laced Kool Aid.

But I suspect there are a lot of progressives who really think this, and, looking at the grim prospects for Democrats this November, getting a “fresh start” with Kamala right now might be the best long-shot chance Democrats have of avoiding an electoral wipe-out. I know that the original conspiracy plan held that Biden would have to hang on until January 21 of next year before resigning, so that Kamala would be eligible under the 22nd Amendment to run for two full terms, which she won’t be able to do if she becomes president this fall. But the really Machiavellian understanding of such a move among Democrat insisiders is to elevate Kamala now, so that she won’t or can’t be the party standard-bearer for two presidential elections, because they have to know how dreadful she is.

I doubt this can work. Quite the opposite—it would likely lead to an even larger electoral drubbing in November. (Especially if Kamala emulates Gerald Ford and issues pre-emptive pardons to Joe and Hunter Biden, as will likely be a necessary part of any deal for Slow Joe to step down). But to repeat, progressives live in their own special bubble, and probably believe that independent voters and suburban women will want to rally in support of America’s first woman president by voting Democrat in November. What else have they got?