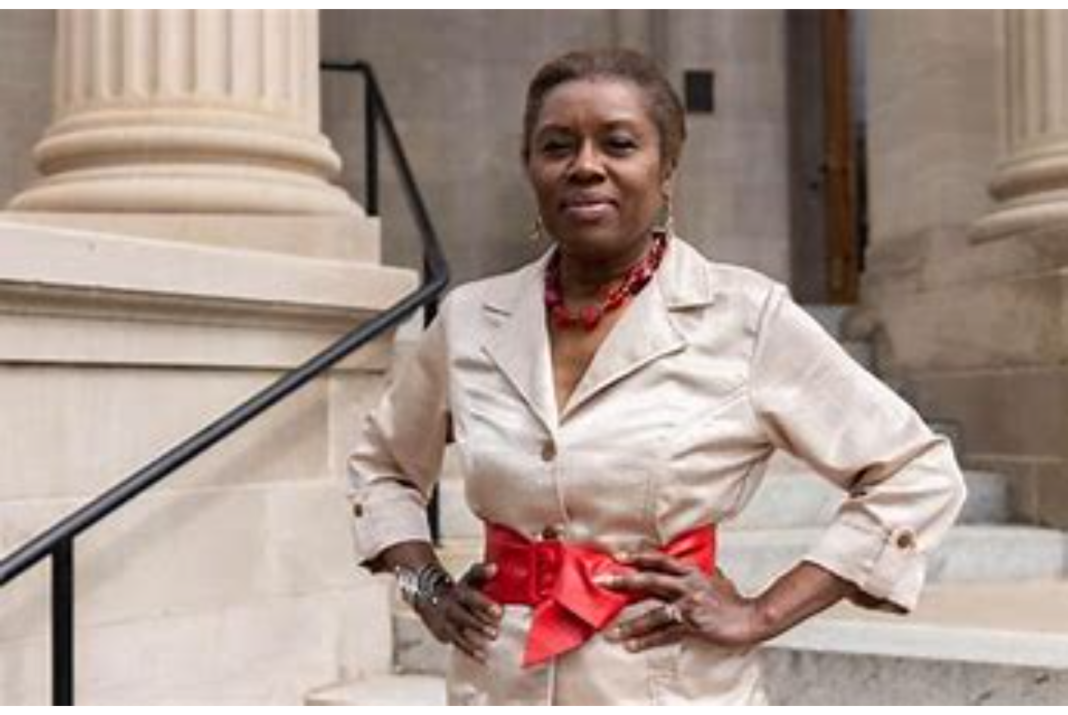 Perhaps the concerns over the Democrats’ demographic problems have gotten serious enough to warrant semaphores from their media allies. The New York Times’ belated but balanced profile of Virginia’s new lieutenant governor Winsome Sears is as surprising as its timing. “I look like the strategy,” Sears tells the NYT about the GOP’s new plans to reach out to Democrats’ most loyal demographic bloc, and it’s coming at a time when Joe Biden has risked that loyalty with a series of overreaches and fumbles:

Her campaign was a long shot, late in starting, skimpily funded and repeatedly overhauled. The political trajectory that preceded it was hardly more auspicious: She appeared on the scene 20 years ago, winning a legislative seat in an upset, but after one term and a quixotic bid for Congress, disappeared from electoral politics. She briefly surfaced in 2018, announcing a write-in protest against Virginia’s Republican nominee for U.S. Senate, but this earned her little beyond a few curious mentions in the press.

Yet just three years later she is the lieutenant governor-elect, having bested two veteran lawmakers for the Republican nomination and become the first Black woman elected to statewide office in Virginia history. She will take office on Jan. 15, along with Governor-elect Glenn Youngkin.

Not for nothing, but this is pretty old news by today’s standards. Sears won that office and became the state’s first black woman elected to statewide office eight weeks ago. As Karen wrote at the time, the only media outlet interested in that narrative at the time of her election was Fox News. In fact, the Free Beacon’s Brent Scher had noticed a week earlier that national media outlets like the Paper of Record had a noticeable lack of interest in historical achievements when accomplished by a Republican:

Shouldn’t media be all over a black woman who immigrated from Jamaica, served in the Marines, has a Masters degree, ran a homeless women’s shelter, raised 3 kids, and is now running to be the highest ranking minority woman gov’t official in Virginia history? Winsome Sears: pic.twitter.com/ePseTRJn93

We’ll get back to the timing of this discovery in a moment. The NYT’s Campbell Robertson does a good job of allowing Sears to define herself in this profile, as both a black woman and a populist conservative who felt abandoned by race-based politics. Robertson suggests that Sears’ support for Donald Trump is a contradiction for a conservative immigrant, but that sells her disillusion with Democrats far short:

Ms. Sears dates her own partisan epiphany to her early 20s. She already had plenty of life experience by that point: moving at the age of 6 from Jamaica to the Bronx to be with her father, who had come seeking work; joining the Marines as a lost teenager and learning to be a diesel mechanic; becoming a single mother at 21. When she listened to the 1988 presidential campaign, hearing the debates over abortion and welfare, she realized, to her surprise, that she was a Republican.

This isn’t a recent conversion, in other words — nor is Sears a johnny-come-lately to politics. Sears won her first run for office twenty years ago, winning a House of Delegates seat that had been held by a Democratic father-son combination for more than a generation. Sears left politics after trying to win a seat in Congress, but briefly re-emerged in 2018 in a foreshadowing of her outsider run against two establishment Republicans this year for the nomination.

So why run this profile now, eight weeks after her historic triumph (not to mention in the slowest news week of the year)? It might have something to do with the realization that Sears’ win wasn’t some kind of fluke, and that she might pose an existential threat to Democrats, at least in theory:

President Biden finds himself on uneven footing with a key constituency that delivered him the White House — Black voters — one year into his presidency.

Black leaders and pollsters say that Biden has delivered on some key promises for the Black community, but they say that enthusiasm has dampened due to a lack of action on some legislative priorities, including police reform and voting rights, in the 50-50 Senate. …

Should there be a Biden vs. Trump rematch in 2024, it is likely Democrats could see a higher turnout among Black voters in their favor. Despite Biden’s approval ratings declining across the board, including among African Americans, most Black voters still back the president more than they do Trump.

“In general, Black voters, like all voters, are discouraged at where we’re at and discouraged that more is not getting done,” said Celinda Lake, a Democratic pollster who polled for Biden’s 2020 campaign. “It’s more discouragement with the Democratic Party than Joe Biden.”

Robertson includes this scoffing response from a Democratic member of the state senate:

Jennifer McClellan, a Democratic state senator from Richmond, agreed that Democrats could not assume that Black people would show up for them at the polls, saying that Black voters, like any voters, choose candidates based on who they believe is going to help solve their problems. But, she continued, little that Ms. Sears has said suggests she would be that person in office.

It’s not the office as much as it is the message and the messenger, Sears argues:

“The message is important,” Ms. Sears, 57, said over a lunch of Jamaican oxtail with her transition team at a restaurant near the State Capitol. “But the messenger is equally important.”

Even beyond that, McClellan’s response is a huge red flag in itself. Joe Biden and his party have suffered a confidence crisis among all voters in precisely the policy areas McClellan cites, especially on the economy. In the latest Politico/Morning Consult poll, the right/wrong track on the economy is 29/71, and Joe Biden gets a 40/53 approval rating on that issue. Among black voters, Biden gets a 52/34, but considering the normal levels of support for Democratic presidents among this bloc, that’s not a number that should make Democrats feel warm and fuzzy about holding its near-monopoly in this demographic. That’s where Sears could do some real damage, not by flipping the entire bloc to the GOP, but in opening up a dialogue between Republicans and disaffected black voters who want a real alternative to the Democrats’ failed welfare-state policies. If Sears can facilitate a rapprochement that could split 20-25% of the black vote oriented toward working-class concerns, that would doom Democrats in elections.

If Democrats were performing capably on these issues, they wouldn’t need to worry about Sears. And perhaps they didn’t, and neither did the media, until Biden and his party began exploring for their elusive polling floor post-Virginia. The more Biden & Co fail, the more winsome that Winsome Sears’ message will become.