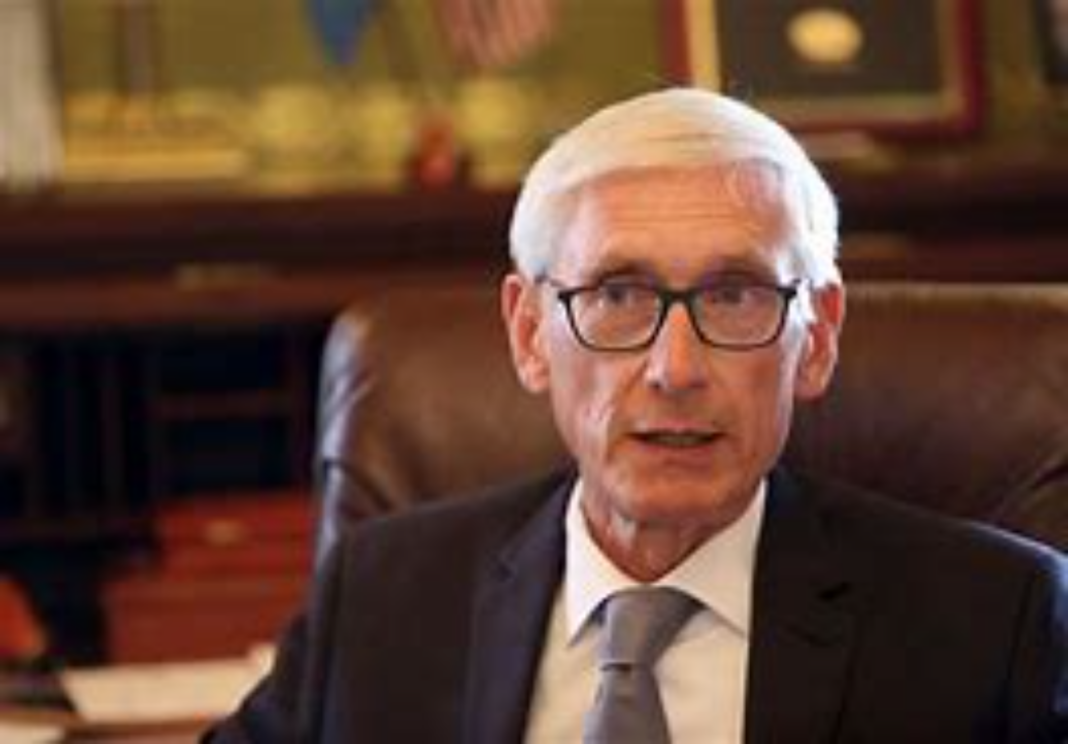 Wisconsin Governor Tony Evers is the first Democrat governor to announce sending troops to the southern border. The governors of Texas and Arizona requested help dealing with the Biden border crisis via a letter sent to all governors yet only a few Republican governors have answered their pleas for help. Evers is committing to send 125 National Guardsmen to the border. The question that Wisconsin Republicans have is, why now?

Evers is committing the troops to up to a year’s service on the border. Wisconsin Republicans question the move because in 2019, during the Trump administration, Evers withdrew 112 troops on the southern border in Arizona. The troops were tasked with the same mission as they will be now during the Biden administration.

“In 2019, Gov. Evers pulled Wisconsin’s National Guard troops from the southern border,” Bradley explained. “Now, at President Biden’s direction, he’s sending them back on yearlong orders. The unbelievable length of time shows that President Biden and Evers have no plans to solve the border crisis and the influx of criminals and drugs into America.”

Bradley is not the only Republican at the Wisconsin Capitol who remembered the governor’s 2019 orders.

“Curious if Gov. Evers will say this has ‘no justification’ like he did in February 2019 when he pulled our fine WI troops off the Southern border?,” Rep. Tony Kurtz, R-Wonewoc, said on Twitter Wednesday.

According to the Wisconsin National Guard statement on the deployment, the destination of the troops has not yet been determined. Unlike the troops and other resources being sent by Republican governors, Evers is sending the Wisconsin troops as part of a federal deployment.

The 229th Engineer Company from Prairie du Chien and Richland Center is going there as part of a federal deployment. They’re assisting with what Guard officials are calling “non-law enforcement activities” assisting U.S. Customs and Border Protection.

According to a Wisconsin National Guard spokesman, the deployment timeline and destinations haven’t been determined.

A federal deployment gives the Democrat cover to assist at the southern border. He can say he is responding to Biden’s request, not the Republican governors of border states. Wisconsin Guard commanders say that Wisconsin troops are being mobilized under Title 10, which means President Biden and not Gov. Evers ordered the troops to the border. When did Biden order troops to the border? Last I checked, Governors Abbott and Ducey called upon the help of other governors because they were not receiving help from the Biden administration. “They were ordered to federal active duty by the President and will operate under federal control with federal funding from the Department of Defense,” the guard said in a statement.

This is an interesting twist of events, right? As if the politicization of the flood of illegal migrants crossing the southern border wasn’t being used as a distraction from actually solving the problem, now a Democrat governor is sending National Guard troops because he claims Biden ordered them to the border? Something smells fishy here. Could it be that Evers is up for re-election in 2022 and wants to keep the job? Wisconsin turned into a red state in 2016 with the help of Trump voters and now Evers is trying to look like he is governing in a bipartisan manner. He signed a GOP-authored state budget Thursday and played up the joint effort for the press that gathered to witness the signing, especially tax cuts.

“I signed the budget, simple as that. I could have vetoed that,” Evers said Thursday. “I made a promise to the taxpayers of the state that we would reduce middle class taxes by 10% and we did 15% so it was a bipartisan effort.”

“Governor Tony Evers deserves NO credit for signing our budget,” Senate Majority Leader Devin LeMahieu, R-Oostburg, said in a statement. “This was not a bipartisan process of colleagues sharing ideas. He got boxed into a corner and rather than fight for his unpopular budget and risk a political knockout, he and his team threw in the towel and signed our responsible budget.”

Republican lawmakers are right to question what changed.

“The governor didn’t think the border was a national security problem in 2019 or 2020” Bradley said. “It’s clear the situation is much worse now, and illegal immigration is even more out of control. Now we must ask both Governor Evers and President Biden, ‘What changed?’”

It looks pretty obvious. The Democrat governor is up for re-election in a now-purple state – Trump won Wisconsin in 2016 by less than a percentage point. Biden won in 2020 49.4% – 48.8%. Modern-day presidential races in Wisconsin have been close races. So, Evers is latching on to the Biden border crisis by appearing to answer a call for help from Biden, becoming one of the few Democrats voicing any concern about the southern border at all. He’s hoping it will play well with Independent voters.

Two more Republican governors have joined the list of those sending troops to the border and monitoring the Biden border crisis. Tennessee Governor Bill Lee will visit the 300 troops from his state this weekend who are stationed at multiple sites across the Texas border. They are assisting Customs and Border Protection.

“The men and women of the Tennessee National Guard are playing a significant role in quelling the most severe border crisis we’ve seen in 20 years,” said Gov. Lee. “I want to personally commend the more than 300 Tennesseans who are serving our country and on the front lines of this crisis.”

Gov. Doug Burgum of North Dakota announced Tuesday that the state will send 125 National Guardsmen to the southern border at the Army’s request. That sounds like it’s along the lines of Evers’ alleged request from Biden.

We have monitored the ongoing crisis at the southern border and will send 125 @NDNationalGuard soldiers from the 957th Engineer Company at the Army’s request to help secure our border. Grateful for our courageous Guard members’ readiness to protect our great state and nation. pic.twitter.com/TjUDsns8wO

If Team Biden is willing to begin to admit that there is a crisis on the southern border and more personnel are needed to handle the flood of migrants crossing over each and every day, that would be a good thing. However, instead of quietly doing that through the Defense Department, Biden should make a speech about calling up National Guard troops from various states in response to the crisis he created. Apparently, he is too cowardly to do so because it would mean Trump’s policies worked and he can’t admit that with the open borders progressives pressuring him to be more lenient, not less when it comes to securing the border. Biden’s pledge to have the most transparent administration of any past administration was just a load of malarkey.

Over 400,000 Migrants to cross the Border this Month