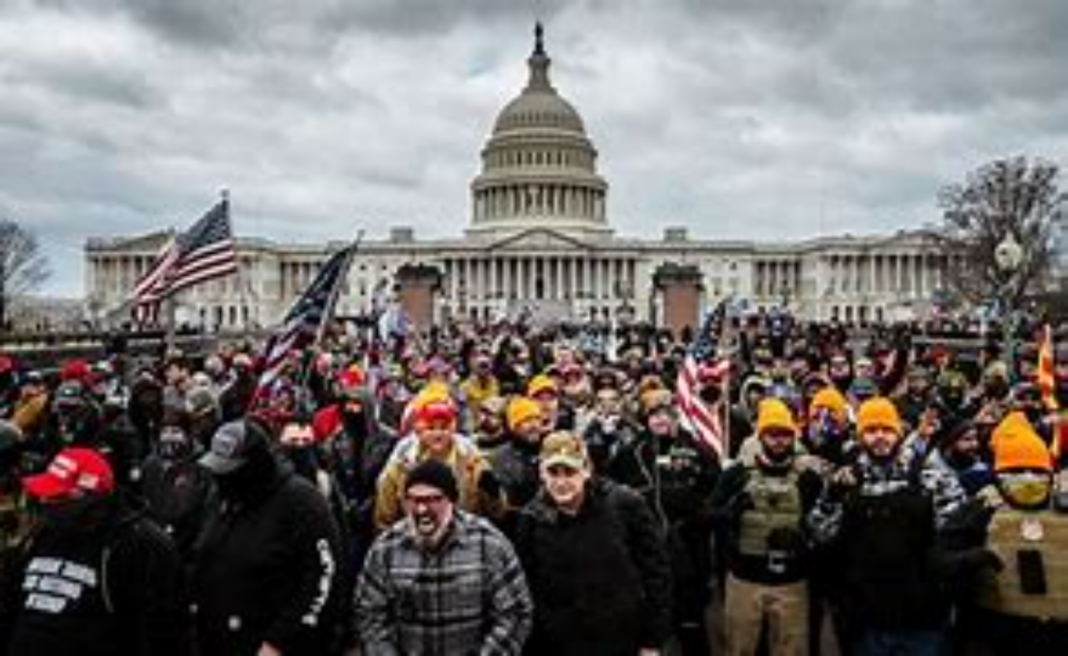 Dear Daily Signal: Yes, I admit the rioters were despicable and should never have gotten that close to the Capitol building (“6 Takeaways From First Hearing by House Select Panel on Capitol Riot”). But since this House select committee is hellbent on investigating what happened Jan. 6, let’s use Vice President Kamala Harris’ tactic and “get to the root of the problem.”

1. The rioters believed that the presidential election was rigged against the incumbent president, and whether this is true or not, they still had a right to their beliefs.

2.  The National Guard should have been protecting the area way before this event occurred. I mean didn’t they learn their lesson from all the riots, looting, and other shameful acts that happened during the summer of 2020?  It was just plain stupidity not to have enhanced protection on this day, given the beliefs of 75 million Americans who voted for Donald Trump.

3. Too much time went into investigating Trump for this incident, which proved fruitless because he was just on the Ellipse to speak to his supporters. It is a proven fact that he didn’t incite these thugs because if he did, then why didn’t all the thousands of supporters there that day do these acts of intrusion at the Capitol?  No, just the violent ones did and they are being prosecuted, as they should be.

4. If you are going to excuse the violent acts of earlier protesters like those in Portland, Seattle, New York, and so on, don’t you see how hypocritical it is to the nation not to prosecute those folks too? Yet the authorities let them get off scot-free.

We are all still one nation and the rules apply to all. Every American deserves protection, not just the Washington elite because they were doing their constitutional job. Every hardworking American is doing their constitutional job every day by providing for their families, paying taxes, and upholding the laws in our country. So elected officials aren’t any more privileged than the rest of us, period.

I hope such points are brought up during the committee’s hearings along with many more, because Americans deserve to have the truth presented, no matter how ugly it is. And they also need to see both sides of this incident.

So this committee needs to humble itself from any arrogant views of what they perceive to be the truth behind the actions of all on that day.  Many of our revolutionary ancestors believed so strongly in being free from the tyranny of British rules that they fought with their lives for us to become the America, land of the free, that we are.

That’s because Americans are passionate about their freedoms, and if they believe they have been trampled on, they will fight for them.  Certainly Congress and everyone else in Washington knows this.—Terri Holmes

Dear Daily Signal: Since Rep. Bennie Thompson, chairman of the House Select Committee to Investigate the Jan. 6 Attack on the Capitol, has been the elected representative from my congressional district for the 20 years I’ve lived in Mississippi, I have a slanted view of how he has represented us (“What to Expect From House’s Partisan Probe of Capitol Riot”).

First of all, Mississippi’s 2nd Congressional District was gerrymandered [in the 2001 redistricting] to guarantee a black representative. Not a bad idea at the time.

But Thompson, a Democrat, is the epitome of a career politician, having paid his dues as alderman and then mayor of Bolton, and then on the Hinds County Board of Supervisors. When Rep. Mike Espy, D-Miss., resigned in 1992, Thompson was elected to the House seat and he’s been there ever since.

Thompson’s voting record has always been left. His legislative record is not overly impressive and his background, in my opinion, does not qualify him to head the House Homeland Security Committee. He is the perfect pawn for Speaker Nancy Pelosi’s agenda to ensure Trump is never allowed near the levers of power ever again.

I am 83 years old and retired from my HVAC business. I served in submarines in Adm. Hyman Rickover’s “Nuclear Navy.” All in all, I wound up serving on two nuclear-powered subs.

I departed the Navy because, having a young family of three (two adopted and one by me), I wanted to spend more time with my family. So I jumped out of the frying pan into the fire. We later moved to Mississippi because all my wife’s family is from here and my grandmother originated here.

This investigation of the Capitol riot is not what Mississippi needs to move forward in the 21st century. But then again, being a progressive is not in the best interest of the republic. Thompson is just one of the leftists who will vote as told and is a good follower, when we the people need leaders.

This is the one thing all Democrats have in common: They know how to follow the leader, even if it’s the wrong direction.—Carl Smith, Marks, Miss.

Dear Daily Signal: Well-written article by Fred Lucas about the House committee investigating the Capitol riot (“6 Takeaways From First Hearing by House Select Panel on Capitol Riot”). Unfortunately, Nancy Pelosi’s list of anti-Trumpers ensures that we are wasting both time and money (our money) on yet another witch hunt.

Thanks to Pelosi, we now will never know what happened, as this “select” committee will select only the facts that fit their narrative. When they can’t find the facts, they will manufacture them. Again, America loses.—Mike Whelan

It would be interesting to know the political affiliation each of the police officers who testified holds, and how far to the left or right they lean.—A. Koppen

This investigation is political nonsense. It’s an Orwellian narrative being played out to distract America from the utter disaster being orchestrated by the Biden administration on our great country.

If the Democrats wanted to get real answers, they would have included more Republicans on the committee.—Bob Cote

Dear Daily Signal: A world of truth is presented in the excellently written article by Emily Marsh and Tori K. Smith, “Understanding Economics Can Cure an Obsession With Socialism.” I have thought this and have encouraged young people, in high school and college, to take Economics courses whenever they can.

I loved studying Econ because it was so applicable to our economy in the ‘70s, as it is today. Economics are so basic to the world we live in, yet so many students do not take Econ courses because they don’t understand what it entails, and they get scared off—like with math courses.

I often have joked that the reason so few high schools offer basic economics courses is that, given the liberal/Democrat bent in academia, if students learned about economics, there would be so few liberal Democrats as a result. Keep up the good work.—William Siems, Windsor, Wis.

Dear Daily Signal: The COVID-19 pandemic has brought out a rather unusual number of behaviors in society. However, the appalling display of insensitivity on the part of the House Speaker Nancy Pelosi’s staff, as reported by Rachel del Guidice, is unconscionable (“‘Dystopian Cruelty’: Congressman Slams Pelosi Staffers’ Treatment of Kids on House Floor”).

The only thing these House members’ children will remember is the fear they felt at being ousted. Our children should be taught to love and respect our institutions and the people who represent us.

After reading Fred Lucas’ report (“Investigating Whether Fauci Lied to Congress Difficult, Legal Experts Say”), the only question that I think Congress should be asking is: Why did the American taxpayers give $600,000 to the Wuhan bio lab in China, and what did they—or should I say, Dr. Anthony Fauci—get in return?—Tim Piotrowski, Illinois

“Who knows what evil lies in the hearts of men?” We could quote this over and over with respect to the confirmation hearing for Justice Brett Kavanaugh (“Senate Democrats, Slamming FBI, Seek to Revive Kavanaugh Sexual Assault Allegations”).

These Democrats are determined to drag an innocent and qualified individual, and the entire country, through the mud once again simply because they did not get their own way. Our country suffers because of such hatred that seems to run rampant through the hearts and minds of our elected officials, who only want their own way and will stop at nothing to persecute those who are well-qualified and are judged by a majority to be so-qualified.

These elected individuals do not live up to the oath of office they have taken to serve this country and its people. Instead, they attempt to serve only themselves and our enemies who hate this country.—Susan C. Wright, Santa Fe, N.M.

The Dark Winter is coming in America