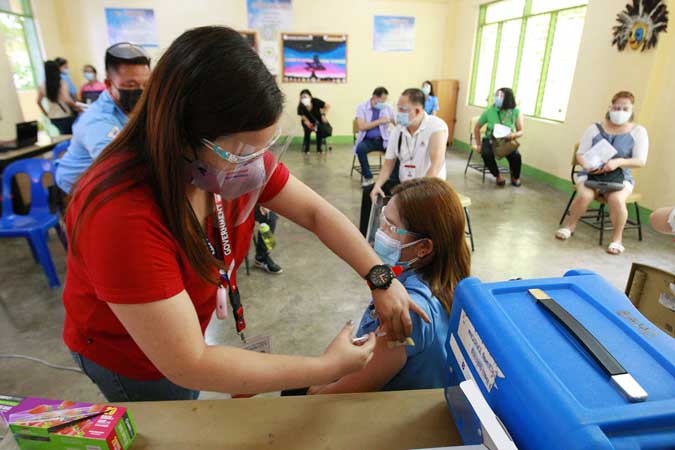 The World Bank cut its economic growth forecast for the Philippines to 5.5% this year, citing high coronavirus cases, a slow vaccination program and lackluster government spending.

“The Philippines struggles with COVID-19, which affects growth directly by requiring a very tough response which has imposed a big cost on the economy,” Aaditya Mattoo, the World Bank’s chief economist for East Asia and the Pacific, told a news briefing on Friday.

“The Philippines has been less successful in transitioning away from shutdowns to a more efficient containment strategy,” she added.

The bank lowered its 2021 growth outlook from the 5.9% estimate it gave in January and 6.2% in June, based on a report released on Friday.

These projections were both lower than the Philippine government’s growth targets of 6.5-7.5% this year and 8-10% next year.

The expected Philippine growth number this year was the fifth highest in East Asia and the Pacific. China would probably lead the economic recovery with an estimated 8.1% growth this year, the World Bank said.

Coronavirus infections have surged in the past weeks even as the government started rolling out its vaccination program this month.

The World Bank said countries that relied heavily on stringent lockdown measures such as the Philippines and Indonesia had fared worse than other economies that used effective test-based strategies.

The bank gave an average 66 stringency score for the country’s lockdowns, the second-highest in the region after China’s 68.

It said the Philippines’ vaccination program had been lagging behind its peers, coupled with lingering concerns over the vaccine efficacy among its population.

Government fiscal response was “conservative” and the government had been underspending due to weak implementation of programs, it added.

“In the Philippines, growth is expected to recover in the medium term, contingent on an improved external environment, a successful vaccination program and the loosening of movement restrictions,” according to the bank’s report.

It said an efficient vaccination program should be a priority to reduce the high number of deaths and ease the pressure on struggling healthcare systems.

It said the state had enough fiscal space to support growth but funding supply is constrained by the health crisis and threats of natural disasters.

The World Bank expects economic growth to average at 6.7% and general government revenues at 17.8% of the gross domestic product (GDP) from 2021 to 2025.

It also expects the country’s fiscal deficit at an average 6.4% of the economy during the period, general government debt at 56.4% of GDP, a current account deficit at 2% of GDP and the volume of external financing needs equivalent to 1.5% of the economy.

Also on Friday, Moody’s Analytics said the Philippine economy was in a “worrisome” state given rising consumer prices, rising coronavirus cases and a slow vaccination rollout.

She said the current state supports the decision of Bangko Sentral ng Pilipinas (BSP) to keep benchmark interest rates at record lows despite high inflation. But a second-round of inflation spike was a concern, she added.

The Monetary Board on Thursday kept the overnight reverse repurchase rate at an all-time low of 2%, as predicted by 19 economists in a BusinessWorld poll last week. Rates for the overnight lending and deposit facilities were also kept at 2.5% and 1.5%, respectively.

“We expect the central bank will keep current monetary settings on hold in 2021 and that further policy support will come from more targeted fiscal measures as the economy weathers a slower-than-expected recovery this year,” Ms. Ell said.

The government tightened restrictions in Metro Manila and nearby provinces to curb a fresh surge in coronavirus infections.

Moody’s Analytics kept its growth outlook for the Philippines at 6.3% this year.

Democrats’ Jan. 6 Fiasco Is Just Another Example Of Conservatives Being...