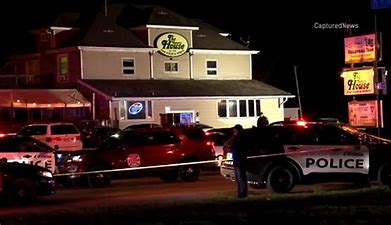 Update – May 6: Fayetteville police said the man shot and killed on May 3 after reportedly attempting to enter a residence on Habersham Drive was 33-year-old Anthony C. Vorholzer of Middleport, New York.

Police said Vorholzer was shot from inside the home.

Update 3:55 p.m.: No charges are expected in the death of a man yelling aggressively and banging on doors in a Fayetteville subdivision, who was subsequently shot by a resident of one of the homes after reportedly trying to gain entry.

Fayetteville police officers on May 3 were dispatched at 11:11 p.m. to a home on Habersham Drive, where several residents reported that an adult male was yelling aggressively and banging on houses in the neighborhood, said Fayetteville Police Department spokesperson Ann Marie Burdett.

“At one point, the subject reportedly attempted to gain entry to a home on Habersham Drive, and he was shot by a resident of that home,” Burdett said.

Burdett said when police arrived on the scene, the subject was found deceased on the back porch of the home.

There was no further incident on the scene, she said.

Burdett said no charges are anticipated in the case, which is still under investigation.

Original story: The Fayetteville Police Department has released an initial statement regarding a May 3 shooting death at a Habersham Drive residence. Additional information is expected to be forthcoming.

The Fayetteville Police Department and the Fayette County Sheriff’s Office were dispatched just after 11 p.m. on Sunday, May 3 to a home intruder call.

Upon arrival, officers found the body of a deceased man, who had reportedly attempted entry into a home before being shot by a resident, police said.

The case is under investigation.

GOP retiring senators have yet to endorse their successors in the...