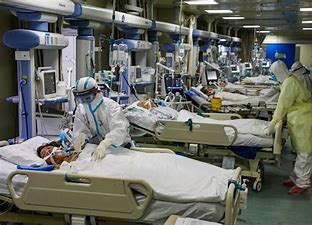 A startling memorandum of understanding has come to light that details an agreement reached between the Wuhan Institute of Virology and the University of Texas Medical Branch (UTMB) located in Galveston. The agreement states that the Wuhan lab can ask UTMB to destroy “secret files” and other records. This information was acquired through the Texas Public Information Act by the nonprofit news organization U.S. Right to Know. The research conducted at the UTMB lab is taxpayer-funded.

A nine page memorandum of understanding was signed in 2017 and it lays out the terms of collaborative efforts between the Wuhan lab and UTMB. Dr. James Le Duc, the director of the Galveston National Laboratory at the University of Texas Medical Branch signed the memo. The two research labs study some of the most dangerous pathogens in the world. There has been a relationship between the two labs since 2013. A formal cooperative agreement was signed in 2018.

The Wuhan lab has the right to ask any partnering lab in the United States to destroy all records of their work.

A memorandum of understanding between the Wuhan lab and the Galveston National Laboratory at the University of Texas Medical Branch states that each lab can ask the other to return or “destroy” any so-called “secret files” — any communications, documents, data or equipment resulting from their collaboration — and ask that they wipe any copies.

“The party is entitled to ask the other to destroy and/or return the secret files, materials and equipment without any backups,” it states.

“All cooperation … shall be treated as confidential information by the parties,” the agreement states

UTMB and the Wuhan lab aren’t the only labs making such agreements. There are several facilities around the world that also do cutting edge work on novel coronaviruses. In the United States, the National Institutes of Health (NIH) funded the research. The UTMB lab was doing biosafety training with the Wuhan lab. FYI – the Wuhan lab operates under the Chinese Academy of Sciences. The labs are supposed to do joint research projects and share resources, according to the agreement.

There are questions being asked and red flags are waving. We expect transparency from our government, unlike the Chinese who are used to a secretive authoritarian government that has refused to cop to its role in a worldwide pandemic. U.S. taxpayers are paying for funding the lab. Americans are already suspicious of government transparency. Now the debate is over what sort of investigation is necessary to provide information and ease suspicions that have grown during the COVID-19 pandemic. There is also the matter of Zhengli Shi, the senior scientist at the Wuhan Institute of Virology. She is on record saying that she would never delete sensitive data. Was her pledge just a lie to reach an agreement with an American institution? Is she gaslighting her American colleagues?

“The party is entitled to ask the other to destroy and/or return the secret files, materials and equipment without any backup,” according to the memo, which also states that the provision is in place beyond the agreement’s five-year term.

Lawyers say the memo’s broad language raises legal questions about UTMB’s record-keeping methods, though the university denies destroying any records as part of the agreement.

UTMB is part of the University of Texas System, and therefore subject to record retention laws laid out in the Texas Government Code. Most public records must be retained within a state-approved time frame and cannot be destroyed unless granted an exception. A violation could amount to a criminal charge of tampering with a government record, a Class A misdemeanor, experts say.

“You can’t contract away obligations under a statute,” said Bill Aleshire, an Austin lawyer and former Travis County judge who specializes in public record laws. “Those are public records and … Galveston can’t destroy records that are part of a publicly funded document. And Wuhan sure as hell can’t ask Galveston to destroy its records.”

After the last two years, I don’t understand why anyone would trust a Communist Chinese scientist on any issue around the coronavirus pandemic. While Chinese officials have consistently denied that the pandemic began after a lab leak and blamed the spread of the coronavirus on natural origins, pointing to a large food and live-animal market as the virus epicenter. The lab-leak theory has not been ruled out but is usually brushed aside by Chinese officials.

Dr. Le Duc says don’t worry, “accidents happen” despite efforts to avoid them. Does that reassure you? Again, after all we’ve been through during the pandemic, why would anyone believe this kind of excuse? It’s very possible that the Chinese are behind some very deadly and nefarious behavior in their lab. You don’t have to be a conspiracy theorist to understand that skepticism.

Le Duc visited the Wuhan lab in 2017, shortly before it opened, and hosted the lab’s building engineers at the Galveston National Laboratory for a training program on building operations and maintenance while it was under construction, according to an April 2020 Houston Chronicle article.

While Le Duc said he did not see anything during that visit to the lab that alarmed him or hinted at lax safety protocols, he acknowledged that even laboratories with the highest level of security are prone to accidents.

“Accidents happen,” Le Duc told the Chronicle. “You do your best to prevent it, and you prepare for an eventuality if it should happen. So all I can say is (the Wuhan lab) was built comparable to ours, with a whole series of redundant safety measures in place. We did our best to share best practices so that they knew how to drive it and keep it safe. But it would be foolish to say there’s no risk, because there’s risk in everything.”

Le Duc did come to the defense of Zhengli Shi when she told Scientific American that none of the genetic sequences taken from infected patients matched the viruses her team sampled from bat caves.

“It’s all speculation that the lab was involved and I think it’s very appropriate that people look into this because that’s where some of the work is done, but the timeline doesn’t make sense,” Le Duc said at the time. “I’m not at all trying to defend her or the laboratory, and frankly I think the Chinese government has done themselves and the global community a big disservice by not being more transparent as to what’s going on, but that’s a whole different set of issues.”

UTMB says it hasn’t been asked to destroy any documents and they would not honor such a request.

“As a government-funded entity, UTMB complies with all applicable public information law obligations, including the preservation of all documentation of its research and findings,“ he said.

The university does not plan to renew its written agreement with the Wuhan lab. To be clear, the memo does not refer to specific projects. It lays out parameters of collaborations. And, to be fair, this agreement was signed pre-pandemic. In the post-pandemic world, such an agreement would be inexcusable.

The Financial education is the best investment you can make