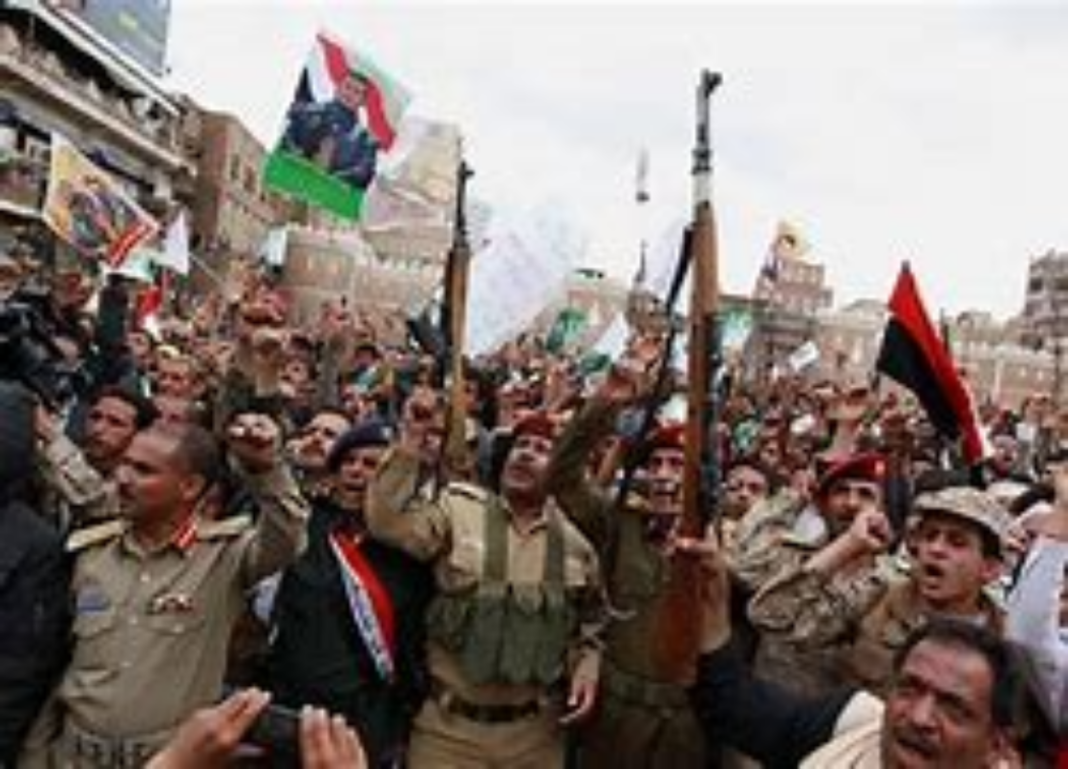 The civil war in Yemen continues to rage on, with the Houthis regularly attacking neighbouring Saudi Arabia in response to strikes by the Saudi-led coalition against the militants.

The TV channel Almasirah, founded by the Houthi movement, reported that the group has downed a drone made in the US.

“Our air defence forces managed to shoot down an American reconnaissance drone of the ScanEagle type, using a surface-to-air missile”, Almasirah claimed on Sunday, citing a statement made by a representative of the Houthi Armed Forces, Brigadier General Yahya Sariya.

A Houthi rebel fighter fires in the air during a gathering aimed at mobilizing more fighters for the Houthi movement, in Sanaa, Yemen

According to the report, the UAV was hit in the Sirvah region of the northern province of Marib, where the fighting continues between the military and the forces, loyal to the government of President Abdrabbuh Mansur Hadi.