Roce Today – Politics, Opinions, Gun Rights,Pro-Life and Border Wall
Home Politics You’re to wear a Mask even though your vaccinated 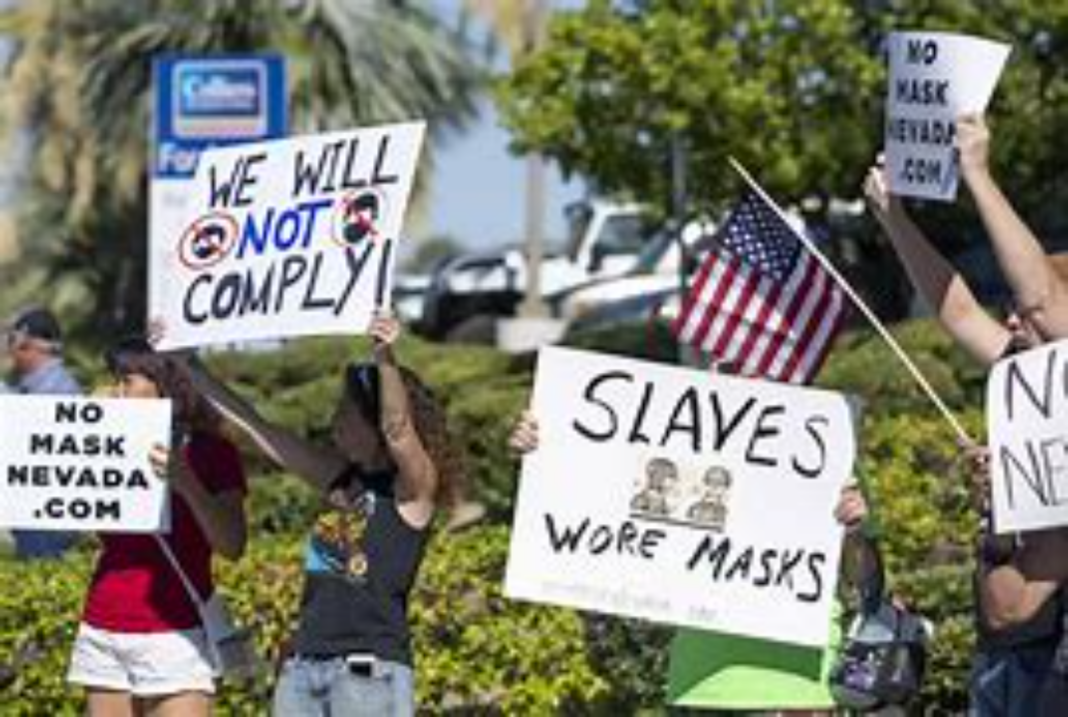 Remember the video of Fauci that the White House posted to its Twitter account on June 24? The clip went live, then it was quietly taken down, then it was re-posted — with some of the footage from the original clip missing. That missing footage turned out to be Fauci nudging vaccinated people to avoid crowds, particularly in areas where the infection rate is high and the vaccination rate is low.

Why Team Biden redacted those comments is unclear. My theory was that they didn’t want Fauci contradicting the official CDC guidance, which continues to be that vaccinated people don’t need to mask up. The administration may also have been sensitive to him sending mixed signals before July 4, when Biden was set to host a crowd on the White House grounds and declare America’s looming “independence from a deadly virus.”

Fauci went back to his redacted message on live TV yesterday morning, though. With the B.1.617 “Delta” variant now circulating widely in the U.S., he said, it wouldn’t be the worst thing if even vaccinated people began taking precautions again — at least in high-risk communities.

WATCH: If you’re going to a place with a low vaccination rate, “go the extra mile” and wear a mask even if you’re vaccinated, Dr. Fauci says on #MTP.

Dr. Fauci: “Vaccines are not, even as good as they are and highly effective, nothing is 100%.” pic.twitter.com/dBWCbC9x1k

Maybe Fauci has reason to believe that it’s not so uncommon with Delta. An ominous report circulating this morning:

Not so great news this morning from Israel. The MoH reports that the effectiveness of Pfizer to protect against contracting Delta drops to 64% from 94% against other strains.
This have major implications for herd immunity & the ability of the virus to further evolve. #UpdateNow

Pfizer still offers a strong degree of protection against severe illness from Delta but the vaccine may not be as much of a fire break against transmission as it was with the original SARS-CoV-2. Which makes sense given how extremely contagious B.1.617 is. And which means unvaccinated people are at greater risk of infection than we thought.

Fauci’s not the only scientist who thinks extra precautions — voluntary for now — are in order with Delta on the move:

“There is no study that looks at vaccinated people and their asymptomatic carry rate with the delta variant,” said Dr. Hugh Cassiere, director of critical care services at the Sandra Atlas Bass Heart Hospital at North Shore University Hospital, on Long Island, New York…

Experts say perhaps it is time to re-normalize mask-wearing for the benefit of all.

“The critical people to have masks are the unvaccinated,” said Dr. Marybeth Sexton, an assistant professor of infectious diseases at Emory University School of Medicine. “But sometimes I think it’s probably necessary for everybody to mask in order to accomplish that.”

“If you’re in a community that has a high amount of disease and less than a third of your population is vaccinated, one should consider whether the policy should be to mask,” said CDC chief Rochelle Walensky to NBC. I think that’s the agency’s version of an accommodation with mask-weary Americans — no more state mask mandates, no more blanket federal guidance that the vaccinated should mask up, but rather a newly decentralized approach that “encourages” masking in high-risk counties or communities.

Of course, we wouldn’t need masks if everyone would go out and get vaccinated, as Republican governors are increasingly begging their residents to do. But until that day comes, no expert is going to dissuade anyone from taking extra safety steps against Delta.

I’ll leave you with Scott Gottlieb, who envisions a lot more masking in America’s near-future — and not just for COVID.

“I think we’re going to need to think differently about respiratory pathogens in the winter time and be more vigilant about the spread of diseases like flu and coronavirus,” former FDA commissioner @ScottGottliebMD says. “We were far too complacent about [the flu].” pic.twitter.com/a5sVwvlyaz